In the 2016 Australian census, some 48,000 people listed their religion as Jedi, joining the ranks of Luke Skywalker, Obi-Wan Kenobi, and Yoda. While declaring themselves as Jedi was probably meant to be a joke, the 27,194 people who listed their religion as Pagan presumably were serious. Although only a relatively small number of Australians have Pagan beliefs, you'll want to respect those beliefs when a loved one passes away and wants a Pagan funeral. But how exactly do you arrange a Pagan funeral?

You might not be all that familiar with Pagan funeral services, but you don't have to be. Perhaps your loved one had friends (or even another family member) who shared their beliefs. Ask for their assistance with the specific funeral rites that would be appropriate for your loved one's particular branch of Paganism (and more on that shortly). Alternatively, you could make enquiries with one of the many Pagan associations in Australia. You could also ask your funeral director since they might have already arranged a Pagan funeral during their career.

You will probably still need the services of a funeral director since many aspects of a Pagan funeral are the same as a traditional funeral. Your loved one might have requested that their funeral take place outside, but, if not or if the weather is not cooperating, the funeral home's own chapel can be used, since these spaces are typically non-denominational.

The services of a funeral home can also be necessary for a Pagan funeral, since your loved one's remains will need to have a final resting place. Many aspects of Paganism reflect the believer's connection to nature, and so a green burial can be requested. Cremation is also a possibility, with the ashes then scattered in nature.

At the funeral service itself, the precise order of service will depend on your loved one's particular branch of Paganism, and this is the part of the process you will need the most assistance with. Be sure that you have made the necessary arrangements for the service itself, whether it's anointing the feet of your loved one with oil to ease their journey to the next plane of existence, invoking various Gods and spirits, having individuals acknowledging the four elements by standing at various compass points during the service or all of the above.

A Pagan service doesn't have to be complicated, and it can be more casual than a traditional religious funeral. 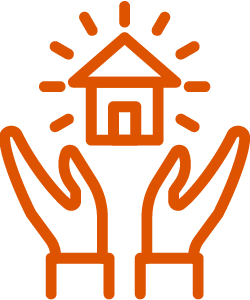 Preparing for a funeral isn't easy. Planning every aspect of how you will say goodbye to a loved one while also starting the grieving process can be really difficult. We understand this so we decided to start this blog. We will be posting articles on a regular basis which will provide you with some useful info relating to planning a funeral and finding the right funeral home for your needs. So, if you want to find out more about the types of coffins which are available, the different forms of funeral services and much more, please read on and explore this blog.